Emails To and From USAF Med Officer Lt Col Pinero

January 2015 emails to and from Pinero

Here is one of the two affidavits taken by USAF Med Officer Lt Col Elliot Pinero.  As discussed in detail here, this affidavit has absolutely NO probative value of any kind, given the enormity of the illegal, unethical and immoral conduct USAF Maj Arthur John Greenwood engaged in, and the fact that on January 10, 2015 and several times since, I had provided Lt.. Col Elliot Pinero the receipt attached here directly below his affidavit. 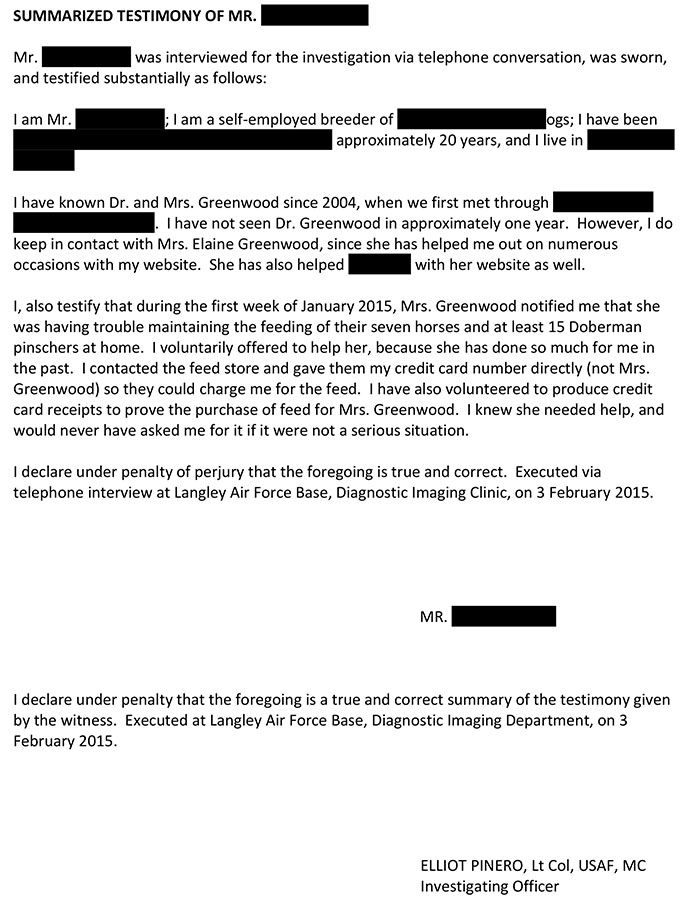 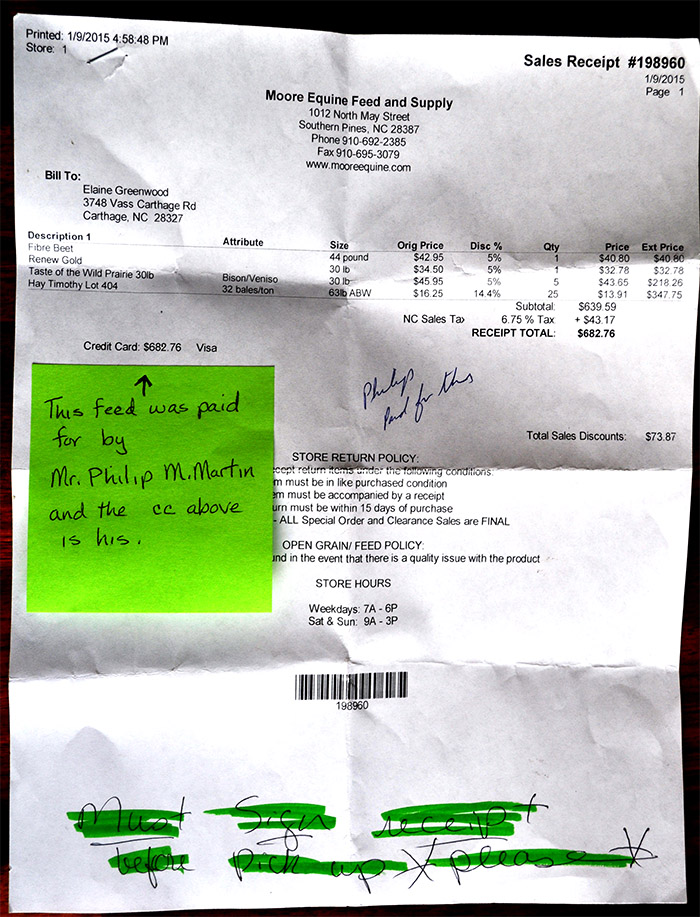 There are literally hundreds of emails, text and phone calls from and to USAF Medical Officer Lt.Col, Eliot Pinero.  I believe that his conduct and that of other military officers who acted in concert with him should be reviewed by Congress, in a full Congressional Public Hearing, so that American citizens can see just how far Military officer are allowed to step over the clear line between right and  wrong / legal and illegal, ethical and unethical to protect a buddy.

On February 2, 2015 I made videos showing the conditions of this home and how I was being forced to live, for USAF Lt Col Elliot Pinero.  My sarcastic comments on the videos are in response to having been told that Arthur was saying that the home was perfectly fine and that I was just “a bad house keeper” and a “complaining bitch.”  Keep in mind that while I am living here, I learned later that Arthur is living in relative luxury, in a singles condo with a pool, spa and gym.

USAF Lt Col Elliot Pinero at my home on February 5, 2015.  Here is a video made of when Pinero first arrived.  In this video I am wearing a shirt, a heavy sweater and a heavy quilted coat… and I look thin.  On February 5, 2015 I weighed about 115 lbs.  On January 1, 2015, after having gone with out food so that the animal had what they needed, I weighed 99 lbs. At 99lbs, I was moving 500 to 600 lbs. of hay a day for the horses.  I was getting knocked around by the horses, and I was constantly dizzy, nauseated and falling.  I fell off of the back of the truck many times, when trying to lift an 80 lb. bales of hay into the back of the truck.  The enormity of what Arthur dumped on me in December of 2014 is beyond ugly.  He meant it when he threatened to destroy me, so see that I had nothing but poverty and misery.  He said “misery is what I deserved” because I had finally spoken about his illegal, immoral and unethical conduct.

Pinero watched as a neighbor Mr John Blue and I fed the horses. Pinero saw that I was dizzy, unsteady, weak, and completely overwhelmed by the enormity of the huge obligations to the animals, that Arthur had dumped on me. As of January 17, 2016 the USAF and the Medical Officers / colleagues of Arthur’s who “investigated” this clear and appalling abuse have  done absolutely nothing at all to help me or even address Abuse of a Vulnerable Adult.

add the four videos on YouTube of February 23, 2015  phone conversation with USAF Med Officer Lt Col Elliot Pinero which will be produced in court and / or before the United States Congress