Warrant for the Arrest of Dr. Arthur John Greenwood

In truth it is now known that Dr.  Arthur Greenwood was allowed to continue to moonlight in civilian North Carolina urgent care clinics until at least May of 2015, while evading a warrant for his arrest for domestic violence and death threats  in Moore County, North Carolina.

The arrest warrant was based upon probable cause to believe that a crime or crimes had been committed by Dr. Greenwood.  An arrest warrant is a criminal matter. It is not a frivolous or trivial matter and it embodies the due process rights of victim’s of crime.

Dr. Arthur Greenwood’s Langly AFBase Women’s Clinic chain of command did not have the right to allow and or instruct USAF Maj Arthur Greenwood to hide from service of process for a warrant for his arrest.

Hiding from Service of Process denied me my due process rights.

Hiding from service of process allowed Arthur to hide from bill collectors for thousands and thousands of dollars of debt (which was all dumped on me). 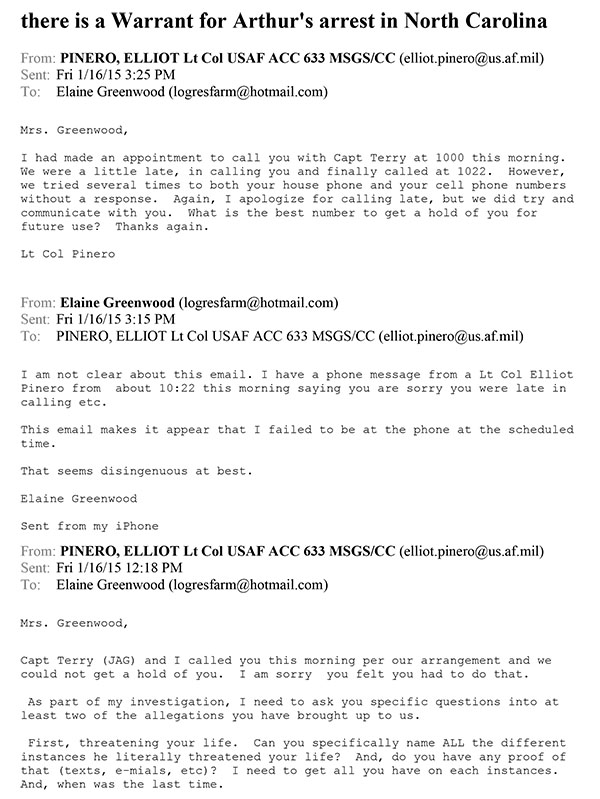